The Matriarch of The Acropolis 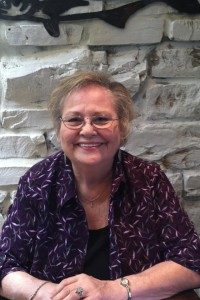 For matriarch Betty Kyrikidis, the restaurant business is a ministry. In addition to serving the Acropolis customers delicious Mediterranean flavors, she providers them with support and a shoulder to cry on. “There are so many people hurting in this world. If I can cry with them or pray with them, then maybe I can help them in some way,” Betty says.

The restaurant business wasn’t the place Betty ever imagined herself. After graduating college she travelled with a group of friends to the New Jersey looking for a summer job. She planned to work for the summer in hopes of saving enough money to visit her boyfriend who was stationed in South America with the Peace Corp, before embarking on a teaching career in Atlanta. Even though she had never served more than one bowl of soup and couldn’t tell the difference between a hard roll and Danish, she was determined to find a job. A little lie and a lucky break landed her a serving position at Teddy Kyriakidis’ restaurant, Harry’s Grill.

Even though she may not have been the best server and was commonly referred to as the “dumb Southern blonde”, Betty made a lasting mark. After turning him down twice, Betty eventually agreed to go on a date with owner, Teddy. That date at a tiny Italian restaurant in Asbury Park was the start of a marriage that would last for bksdgb years and bless the couple with hjgsg children.

Living in the tight knit Greek community, she sought be Greek and learn to cook the way the other wives did. Many told her that you can’t learn to cook Greek recipes, you grow up making them. This answer didn’t sit well with the young southerner. Equipped with all the ingredients and a fierce determination, she set out to make her first Baklava. A mere 7 hours later, she served her handiwork to Teddy. Being the true Greek he was, he responded by saying, “It’s good, but you need practice.” Practice she did, perfecting the recipe in less than 15 minutes. Betty went on to do all the baking for the restaurants. The famous Acropolis strawberry cake is even one of Betty’s recipes.

The Kyriakidis’ restaurants have always focused on family. Growing up, the children stood on milk crates to wash the dishes and help in the kitchen. Betty jokes that she’s mastered every role in the restaurant, even serving as referee at times. The family business taught her more than how to run daily restaurant operations. It taught her about business, sacrifice, and ultimately, how to be Greek.

The Acropolis Grill continues to be a family affair, a way to keep everyone together. The tables of the restaurant continue to serveas her kitchen table and a gathering place for friends and family. It is more than a restaurant to Betty, it is her life and a way to carry on Teddy’s legacy. Though things have changed in the restaurant over the years, you can still expect to see Ms. Betty in the restaurant, greeting customers and keeping the operations in order.

What encompasses everything Acropolis has to offer? We decided “Greek. Comfort. Food.” These three things together and separately describe what typ...

27 Years as the Chattanooga Greek Restaurant

5 Reasons Why Acropolis is the Best Lunch Spot in Chattanooga

If you need a rejuvenating mid-day meal, come and see us. We’ve got five reasons why Acropolis is the best lunch spot in Chattanooga, and we bet yo...