Whereas others might be dedicated to dry January, some of us need a little liquid courage to help us start off a new year. When looking into the best Chattanooga bar, consider your local Mediterranean grill. Each week we have Wine Down Wednesdays with $20 bottles of wine, and every weekday from 3:00pm to 7:00pm we at Acropolis host a Happy Hour with $15 sangria pitchers, $3.50 house wines, $2.50 Bud Light pints, and more!

Our Chattanooga bar isn’t just limited to wines and beers though, we also have a wide selection of liquors like whiskey and bourbon. But if all bourbon is whiskey, should we just include those liquors under whiskey? What exactly is whiskey? 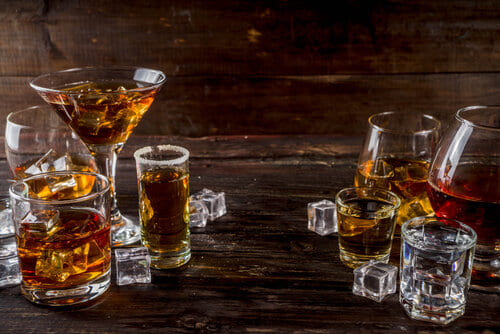 What makes a whiskey?

Whiskey (or whisky) is a distilled spirit made from fermented grain that’s matured in wooden containers. Fun fact: Whiskey (with an E) refers to Irish or American-made whiskey, and whisky (without an E) refers to Scottish, Japanese, and Canadian-produced whisky!

To produce whiskey, distillers start with a mash bill of grains, sometimes referred to as a “grain mash.” That mixture of grains is combined with water and yeast. The yeast transforms the grains’ simple sugars into alcohols through a fermentation process. That fermented liquid is then run through a still to produce the spirit, and that batch is then stored in an oak barrel for maturation. Another fun fact: Whiskey is a brown liquor because of the oak barrels! 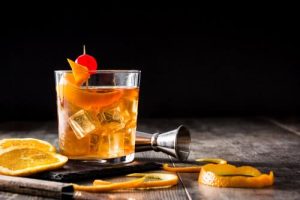 If whiskey is an all-encompassing term that all grain-based distillate fall into, then what are bourbons? Unlike the term whiskey, “bourbon” is an intensely regulated American spirit in terms of production. For a liquid to be called bourbon, it must follow the bourbon ABCs:

Why is Chatt Whiskey under bourbon? 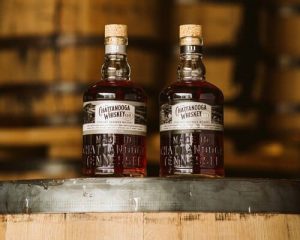 Tennessee whiskey follows those same strict rules as bourbon. That means that TN whiskey from good ol’ Rocky Top is actually– according to definition– a bourbon. Not just any bourbon can call itself a Tennessee whiskey though! To be called a Tennessee whiskey, it must be filtered through charcoal made seasonally on-site from sugar maple trees. This is the Lincoln County Process, named after the county just a couple miles away from us.

If you would like to learn more about bourbons, whiskey, and Chattanooga Whiskey in particular we recommend touring their distillery right across the street from the Chattanoogan. We at Acropolis use Chatt Whiskey exclusively for our famous Chattanooga Old Fashioneds. We recommend you try one yourself at Chattanooga’s best bar, Acropolis Meditterran Grill.

What encompasses everything Acropolis has to offer? We decided “Greek. Comfort. Food.” These three things together and separately describe what typ...

27 Years as the Chattanooga Greek Restaurant

5 Reasons Why Acropolis is the Best Lunch Spot in Chattanooga

If you need a rejuvenating mid-day meal, come and see us. We’ve got five reasons why Acropolis is the best lunch spot in Chattanooga, and we bet yo...